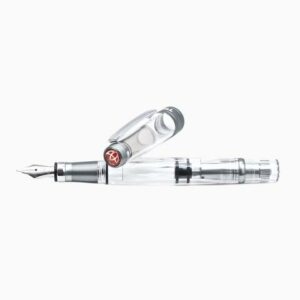 TWSBI Diamond 580 ALR Nickel $65.00
Back to products
Next product

The sixth limited edition in the Classic Pens CP series is the CP6 Goethe Pens Marguerite and Charlotte. It was the fruit of the cooperation between Classic Pens, Pelikan and Murelli. The series was launched in 2002.

The theme chosen for the CP6 series is Goethe. The guilloche engravings of the two pens, Marguerite and Charlotte were inspired by his works, Faust and Werther.

In the 1800s, Weimar became the cultural center for Germany and later for Europe. The Weimar Republic started the movement “Sturm and Drang” (Romantic Movement) which launched European Romanticism. Literary figures in Europe like Byron in England, Pushkin in Russia and others followed this movement. Weimar became the center of Art, Music, and Literature.

Johann Wolfgang von Goethe is widely recognized as the greatest writer of the German tradition. The romantic period in Germany of the late 18th and early 19th centuries is known as the age of Goethe.

His stature derives from a multiple of extraordinary qualities: his literary achievements as a lyric poet, novelist and dramatist; his significant contributions as a scientist (geologist, botanist, anatomist, physicist); as a critic and theorist of literature and of art; as a Statesman.

He was such an imposing personality that for the last 30 years of his life, he was Germany’s greatest cultural monument, serving as an object of Pilgrimage from all of Europe and even from the United States.

The writing of Faust spanned more than 60 years. The work is a unique record of Goethe’s personality, from youth to old age, in all its richness and diversity. The powerful work can be viewed as a depiction of the personal journey of Faust towards enlightenment. He makes a bet with the devil that he will be allowed to live as long as the devil fails to satisfy his striving for transcendence. Most significantly, Goethe makes the second half of part I into a love tragedy. Faust seduces Marguerite (Gretchen), an innocent young girl who embodies for him the transcendent ideal that he seeks.

At the end of part II, Faust spends his old age reclaiming land from the sea. Satisfied that he is working for the benefit of humanity, he renounces magic and dies. Divine Grace, however, saves his soul, which is shown ascending in pursuit of an ever receding ideal embodied once more in Marguerite – das Ewig-Weibliche (the eternal feminine).

The autobiography of Goethe describes one of his emotional entanglements. In Wetzlar in 1772 he met Charlotte (Lotte) Buff and fell in love with her before discovering she was engaged to his friend, Johann George Cristian Kestner. The period 1771-1775 contains the first flowering of Goethe’s genius. His most famous work is Die Leiden des jungen Werther (The Sorrows of Werther).

Young Werther traces in a series of letters written to a friend, the course of his love for Lotte, who is already engaged to a solid young Officer. Mislead by the warmth of her friendship, but most of all by his own intense imagination – which project upon Lotte all the ideals garnered from his reading of Homer, Goldsmith and Ossian – Werther gradually looses touch with the world around him and finally shoots himself. In this paradigmatic novel of eighteenth century sensibility Goethe describes the first romantic love associated with emotion and passion.

In 1929, Pelikan launched its first fountain pen, the No.100. It featured a differential screw thread, driving a piston up and down a transparent barrel. The mechanical parts were produced with uncompromising precision, a tradition Pelikan continues to this day. The Pelikan Souveran pens have proven to be the most reliable in the German market. Many of the vintage Pelikan pens are today loved and collected by pen lovers all over the world.

Art and science working in harmony. The unique blending of classic design and state-of-the-art technology has made the Pelikan fountain pens legendary throughout the world.

CP6
The distinctive Pelikan beak clip and the Pelikan crest are the hallmark of classic beauty in every Pelikan Souveran fountain pen.
CP6
CP6

The nib is the heart of the fountain pen and gives handwriting its personal character.

The 18K solid gold nib, finely engraved with rhodium decoration is masterfully produced to the highest standard in the Pelikan factory.

It is finally written in by hand, a commitment to the most discerning pen lovers.

The tradition for which Pelikan is famous for, continues today. It is the strong commitment to the very best in design engineering coupled with a dedication to beauty and craftsmanship that makes the Pelikan fountain pens a joy to hold and a pleasure to use.

The canvass for the CP6 Marguerite is the Souveran M1000 and for the CP6 Charlotte the Souveran M800. The caps and barrels of the pens are completely covered in sterling silver, a first for the two Souveran pen models. They are adorned with a gold plated trim.

A hand engraver dating from 1927 was reactivated from the Murelli museum. On this machine Marc Murelli, crafted the Mosaique design completely by hand. The engraving process is labor intensive and very lengthy but the result is a magnificent guilloche pattern, unequalled by modern methods. And since the Mosaique pattern is completely handcrafted, every CP6 Marguerite in the series of 500 pens is a little different from the rest and unique.

On this machine, each CP6 Marguerite pen is individually guilloche engraved with the fastidious attention to detail characteristic of the Golden Age of machine engraving

Using modern computer technology for linear engraving, as well as the craftsmanship of Murelli, the Cascade engraved composition has been created exclusively for the CP6 Charlotte. The exquisite cascade pattern reflects the most advanced state-of-the-art concepts in contemporary design.

The density and complexity of the Marguerite Mosaique design, has some uniformity, it is pleasing and relaxing to the eye, but at the same time it is powerful. All these elements identify the great poem “Faust”, especially the final part which suggests contentment, order, regularity and comfort.
CP6
The sinous fluidity of the Charlotte Cascade pattern represents “Werther”, a novel describing the first romantic love, and associated with youth, emotion and flow of passion.

The CP6 series bears witness to the imaginative originality of Classic Pens,the fastidious craftsmanship of Murelli and the technical precision and expertise of Pelikan.

The CP6 Marguerite and CP6 Charlotte are official. The pens are accompanied by the Pelikan Warranty and after sales service. They are authenticated by a certificate from Classic Pens specifying the edition and individual limited edition number for each pen.

The pens are housed in quality hand made gift boxes specifically designed for the CP6 series. They are also accompanied by the CP6 brochure. (http://classicpensinc.com/CP/CP6.htm) 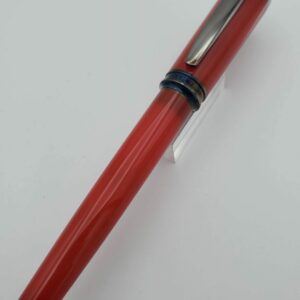 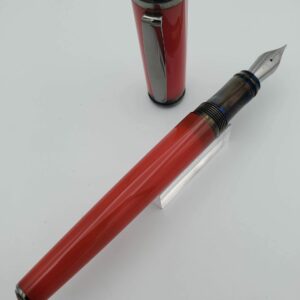 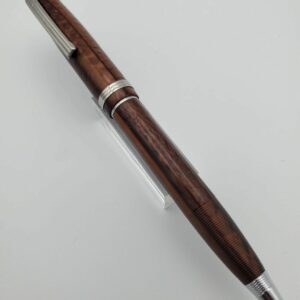 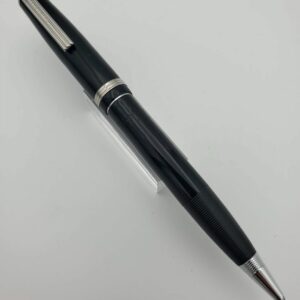 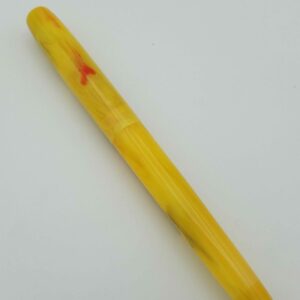 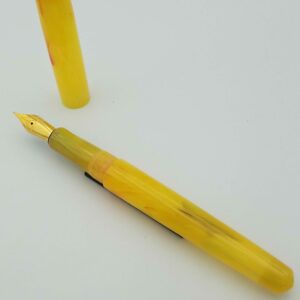 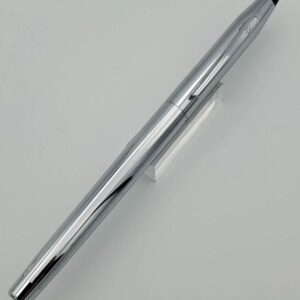 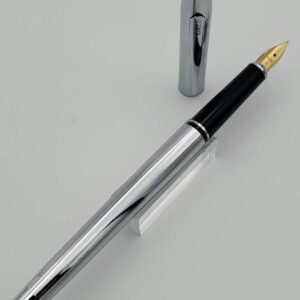 Pre Owned Fountain Pens, Cross
$30.00
This pen is in excellent condition.  It does have an engraved name of “Gloria” on the pen cap. Nib: F
Add to wishlist
Add to cart
Quick view 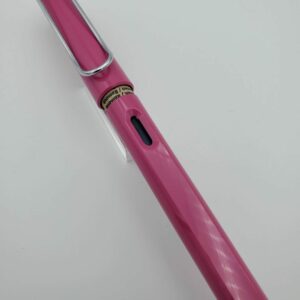 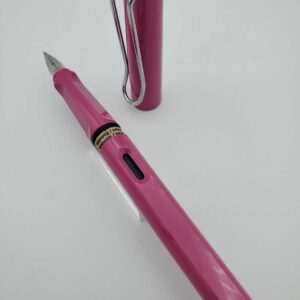