How Can We Help?
< Back
You are here:
Print

Launched in 1933, the Parker Vacumatic featured a vacuum filler and beautiful alternating laminated pearlescent and clear celluloid. This allowed you to see the ink level in the pen. The models produced in the 30’s were the highlight of the Vacumatic series, they featured all metal filling units, 2 tone nibs and double jewels (one at the top of the clip and one at the bottom of the barrel).

Fig. 3 1940 Vacumatic Imperial. These are rare as only a few were produced.

Parker also offered a junior line of these pens that were simpler and smaller. They did not feature two tone nibs and the jewels were black. However, the juniors were available in more pattern and color options. Near the end of the 30’s, the line was simplified and there were four configurations available: 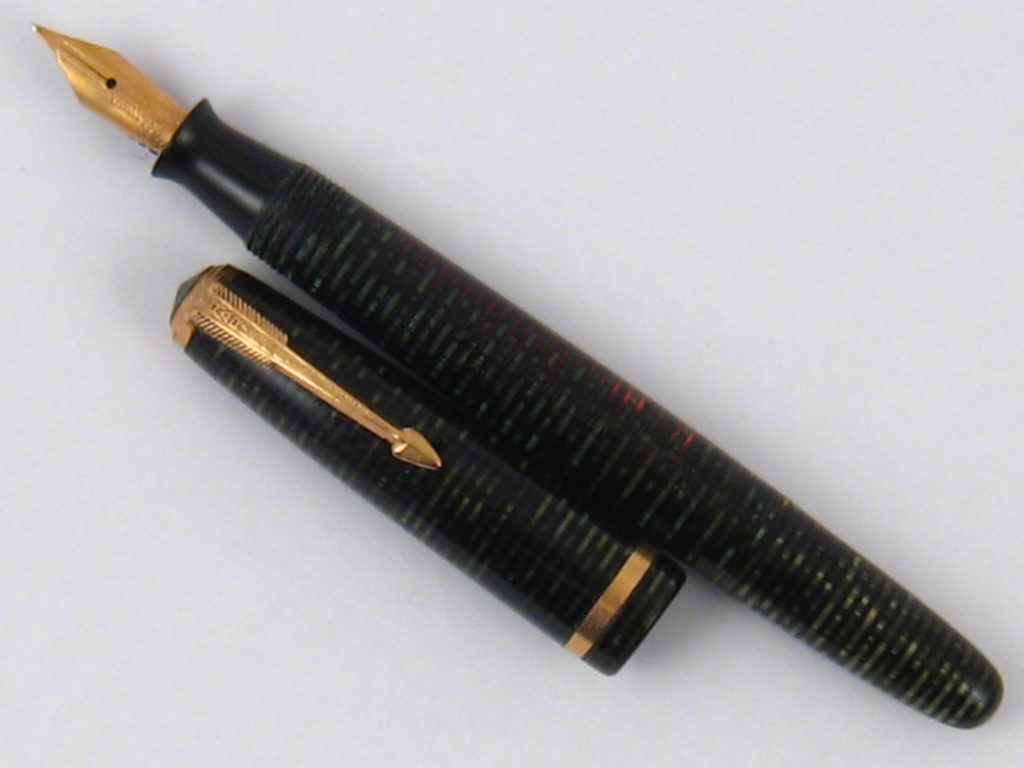