How Can We Help?
< Back
You are here:
Print

The Kaweco Sport is small sized pocket pen introduced in 1913. It was a BCHR small short safety pen that was marketed to officers and sportsmen to carry in their pockets. In 1929, Kaweco went bankrupt but in 1930 the company’s name and design was bought and Kaweco was reborn. During this time, Kaweco produced other pens like the Cadet, Dia and Student. The Sport became an ebonite piston filler.

Fig. 1 BCHR Kaweco Sports, the second has a gold overlay. 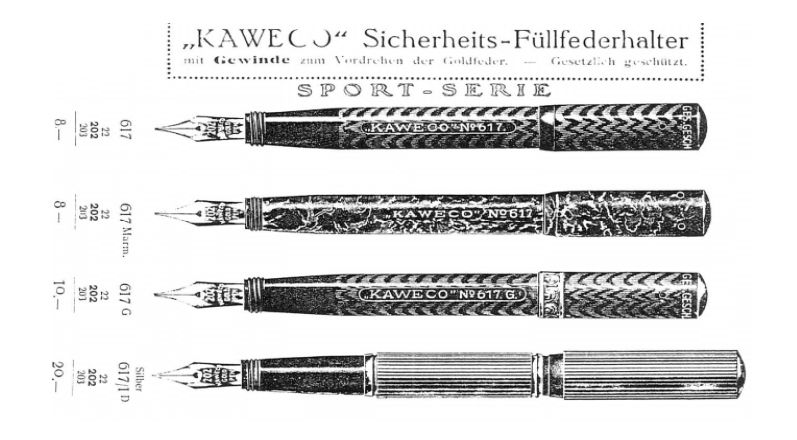 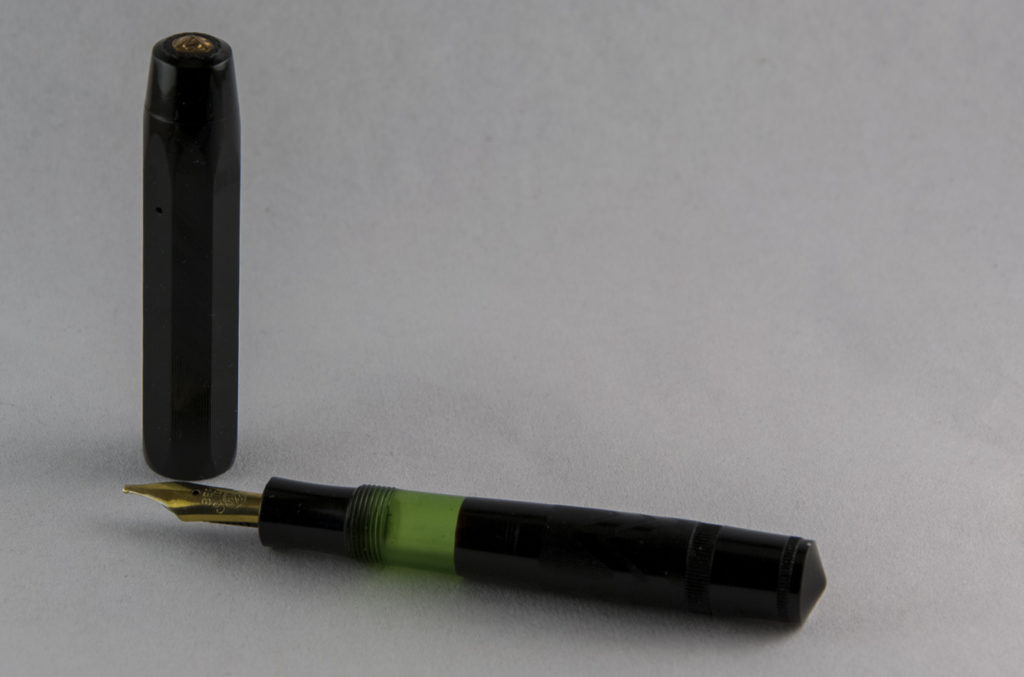 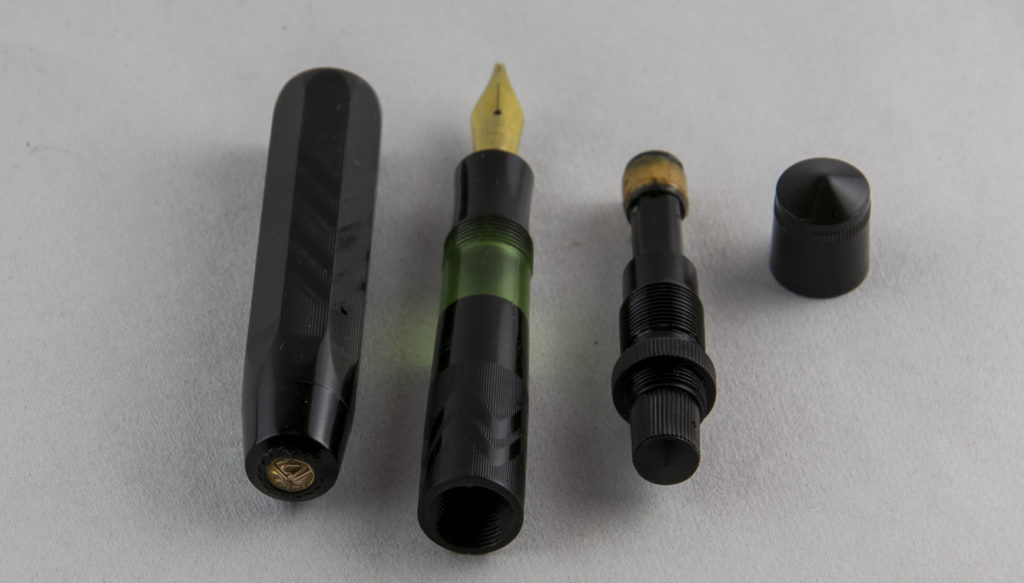 This is a fully disassembled Kaweco Elite

This is the pen re assembled